Our last faction from the base game of Root, The Woodland Alliance is the de facto muckrakers of the forest. We'll take a look at the rebels and how they ultimately interact with the greater powers that be. #Root

In the base game of Root, the Woodland Alliance (WA) is supposed to be the winch that pulls the strings ever tighter, causing tension wherever they go. In a game where two major factions are mostly content with building their sawmills and roosts, you need a faction like the WA to be present to stir the pot. Similar to the observation in our deep dive of the Riverfolk, the WA is another faction with a sharp contrast in design for both their strengths and flaws.

In regards to narrative, the WA is extremely thematic, perhaps even the most realistic faction in regards to their playstyle and strengths ... but ... that realism doesn't translate to their weaknesses and hindrances. In regards to gameplay, the WA has a huge range of diplomatic options, second only to the Riverfolk in breadth ... but ... the benefits of diplomacy is outweighed by both the benefits and consistency of Sympathy Tokens (ST).

In terms of historical examples, the WA is pretty accurate in its portrayal of an underground rebellion. They start the game as little more than a nuisance as they spread their sympathy tokens, easily picked off by others for some free points here and there; however, once they achieve “popular support”, they grow to a point where their spread becomes nearly impossible to effectively curtail. The battle mechanics also fit well in line with the theme. Due to both their smaller warrior pool and the fact that warriors need to be spent for Officers, the WA never has the capacity to become a significant military threat. Instead, they rely on “guerilla warfare” (i.e., always taking the higher dice when defending) to discourage aggression from others. Other bits and pieces, such as losing Supporters when bases are destroyed to signify a loss of morale, all couple together beautifully. 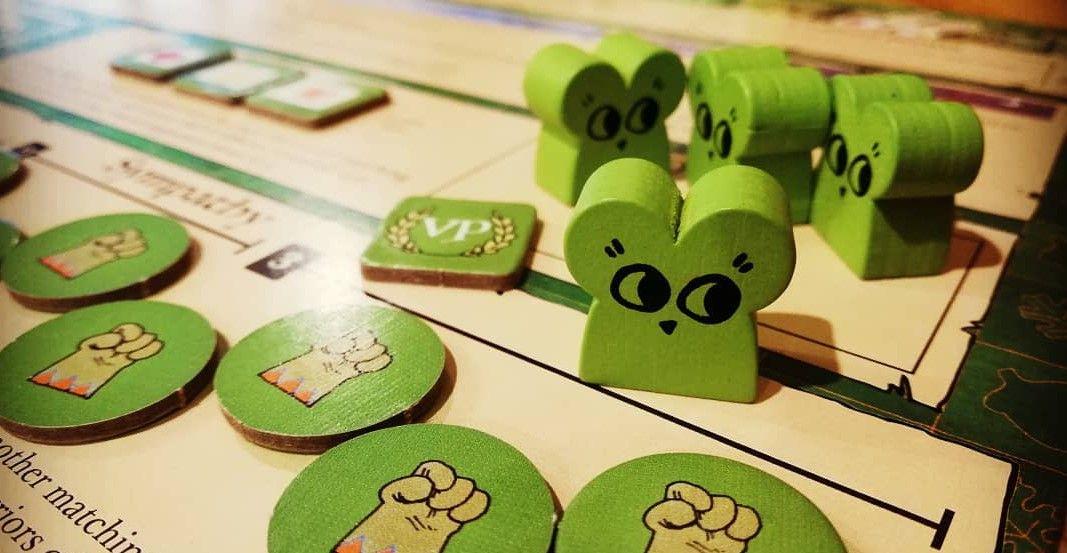 However, other factions' interactions with the WA are not nearly as thematic, particularly in the way people have historically dealt with insurrections. The primary interaction between the WA and other factions is through ST (and subsequently Revolts); currently, the only consistent way to remove ST is through Battle. But there's more than one way to skin a cat. The use of overwhelming military strength is certainly one method of combating internal unrest, and while this interaction makes sense in terms of the Eyrie flocks and Riverfolk sellswords, it doesn't thematically (or mechanically) gel with the Marquise and Lizards, the latter of which can't even Battle as a regular Daylight action.

Personally, I believe the WA is missing an option to remove ST in a less aggressive fashion, and history supports this claim. Generally speaking, violent subjugation of popular uprisings aren't very effective; what tends to work a lot better is increased policing as well as ongoing investments in improving the standard of living for the locals. Basically, you show the populace that life is better with you around than without you at all. However, in its current iteration, removing ST is strictly a military affair, and the industrialists (Marquise) and fanatics (Lizards), who would traditionally favor non-violent quelling of revolts, is left shorthanded.

Table talk, by design, is an integral part of Root (though not as front-and-center as a game such as John Company). One of the “invisible” resources or traits each faction has is their options for diplomacy. Simply put, when it comes time for negotiation, what can the faction put on the table as leverage? Since nobody in particular wants the WA in their clearings, the WA is always seen as an intruder to be kicked out. In turn, this makes negotiating positions and truces a vital part of the WA's game arc, particularly in the early to early-mid game when they're in need of a foothold. 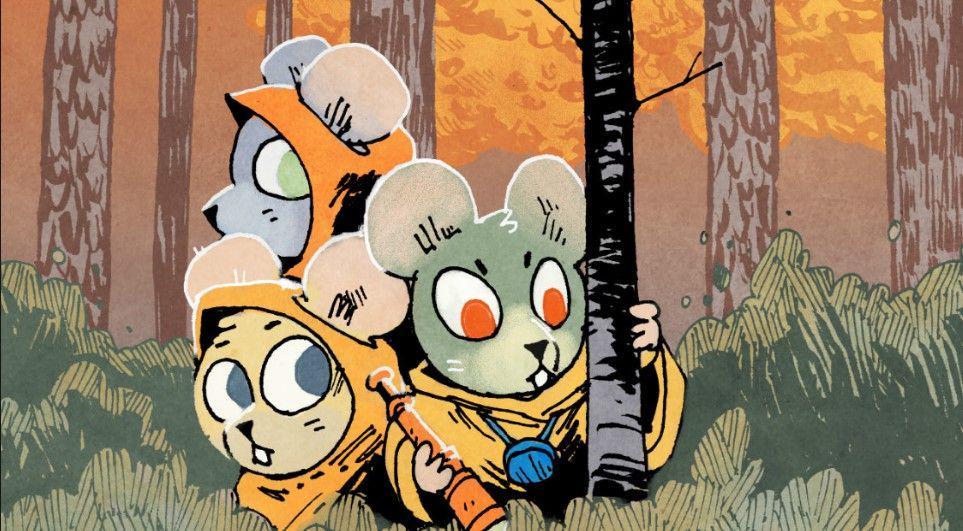 The big stick in their arsenal is of course, the ST and subsequent Revolts. Due to the fact that ST cover a wide range of states, from completely inconsequential in some clearings to being a great danger in others, the WA has a lot of flexibility in how they choose to leverage their ST. This is absolutely a good thing, as it makes the table talk interesting. Furthermore, due to their relatively high churn rate for cards (since the WA has two hands to spend cards from, the Supporters Deck, and their actual hand) and their strong crafting ability, the WA can naturally curry favor from the Lizards and Vagabond, the two factions that are the most difficult to negotiate with.

Unfortunately, most of that well crafted negotiation is thrown out the window in actual gameplay. All of that finesse and intrigue is simply overshadowed by raw point gains from ST, so much so, that the point values for ST were actually reduced in the updated rules. However, nerfing the point values is only treating the side-effect. In most area-control games, a lot of focus is placed on the players' ability to create opportunities for themselves; but just as important, is the ability for players to deny opportunities for enemies.

The problem with the WA is that other factions do not have a lot of meaningful ways of denying them opportunities to spread ST besides Battle. More than that, scattered skirmish-type battles across multiple clearings. In most community polls ranking faction strength, the WA consistently top the charts, and rightly so. “But why can't other factions just pummel the WA down?”, one might ask and the answer to that is because the WA are too good at subverting Battle. A quick rundown: 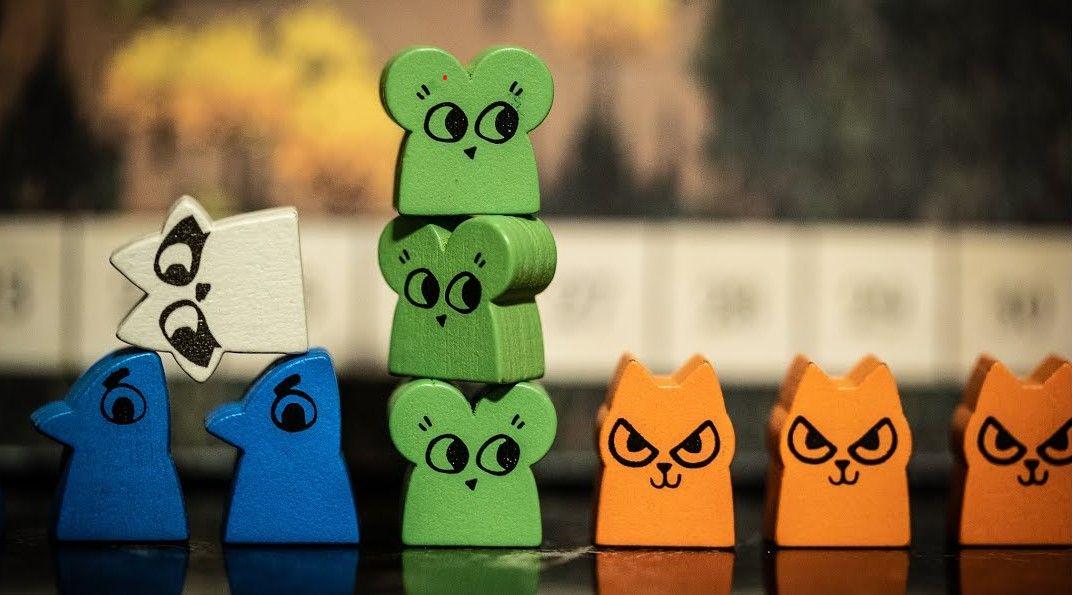 Now, the WA does pay for this by being absolute trash on the offensive, but it doesn't matter since the WA doesn't need to be offensive, at all, to score points. Denying them Supporters is also not an option once they have Bases as the WA can just as effectively spread ST using their Organize action. As a result, once the WA managed to get some ST coverage and 1 or 2 Bases, they effectively become impossible to stop without a larger coordinated effort between all the remaining players (or a lucky and well-timed Favor of the X card).

They say it takes a village to raise a child, but in this case, it takes the rest of the players to effectively police the WA. While in an ideal situation where everyone plays optimally that is fine, in practice, it's doesn't always pan out. I've always felt that the “everyone is in charge of policing this person” design philosophy has always been a sort of anti-pattern in asymmetric games because all it takes is for one person to slip up and give the “One” a good turn before they start steamrolling. Unless the game is explicitly “One vs. All”, someone invariably will slip up and it's a little disheartening to, yourself, play perfectly but still lose because someone else dropped the ball.

Luckily though, the WA is only a few tweaks away from being truly great. As a faction, they already have a solid narrative and unique playstyle; the only thing left is introducing more interactions between the WA and other factions. Most importantly is a non-Battle option to remove ST for non-combative factions; something that benefits both sides with the idea of herding the WA into opponents' territories without having to outright destroy them. Currently, the WA is treated more like the Flood from Halo as opposed to a more realistic model of them, such as the Nicaraguan Contras, that the game's design should embrace.