Next up in our examination of Root, we'll get our feet wet with an examination of the Riverfolk Company. Easily the faction with the most interaction-heavy gameplay, the Riverfolk offers a lot of meta-gaming that affects the balance and narrative of the game in ways no other faction can. #Root

The Riverfolk Company (RC), is Root's implementation of a merchant class, with a good dose of inspiration taken from the Hacan in Twilight Imperium. Unlike Twilight Imperium, Root does not have that “social” aspect of the game that Politics Cards and Trade Goods innately bring. While I believe that the RC is ingeniously designed to fit within the constraints of Root, the faction's reliance on “off-the-board” meta-gameplay — in a game otherwise largely devoid of it — ends up creating a dichotomous gameplay experience. I've rarely seen the RC do “just OK”; they either do extremely well or extremely poorly.

What causes this faction to have almost two entirely different gameplay experiences? I believe it is because the RC's power-curve grows exponentially and peaks at a much higher point than any other faction. More importantly, the only counterbalance to this scary growth curve isn't provided in the rules themselves, but instead on the RC player's own ability to push their Services to the other players.

Let's start by recognizing that Daylight actions are a commodity in and of themselves. Naturally, the more actions you have, the more you get to do, the better position you'll find yourself in. While the RC certainly isn't the only faction that has a growing action pool, they're certainly the one with the potential to have the largest. It's not uncommon for the RC to end a turn with next to no Funds and start their next turn with plenty in the bank. The RC's ability to not only have a multitude of actions per turn, but continue to do so turn after turn is what gives them the edge in the game.

Their early-game is largely centered around their ability to put out Trading Posts (TP). Not only do TPs allow for more interactions from other players, they are also the RC's only consistent way to score points early-on. Once the RC gets 6-7 TPs off their playerboard, the gameplay shifts quite dramatically (i.e., the pivot). This is due to two particular things: 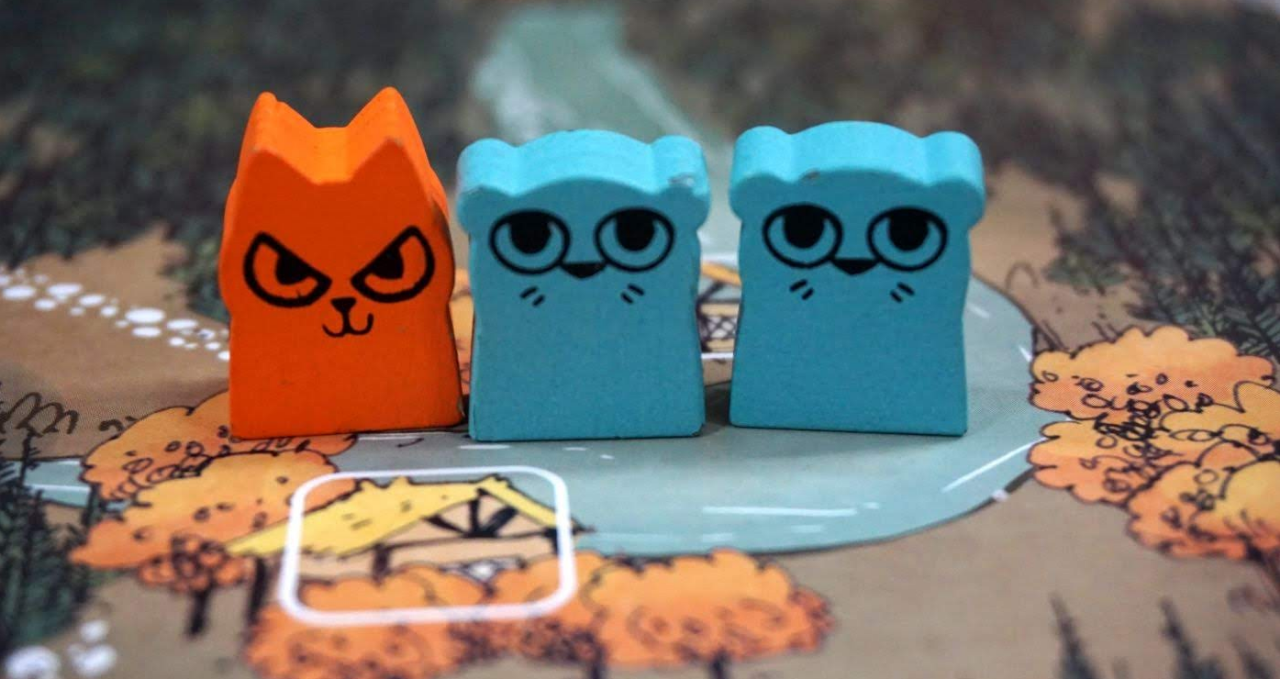 However, the maximum amount of points TPs provide is 18, so we're still a good ways away from the 30 to win. The game actually provides the RC a built-in way to score those points, by scoring Dividends on unused Funds. However, in actual gameplay, Dividends tend to be a poor way to cash in Funds for points. While half a point per Fund isn't a terrible exchange ratio, the mechanic mostly stinks because the RC player incurs all of the risk. At this juncture, getting your TPs destroyed actually triples the damages to you:

As the RC player, you can't do anything about negative #1, but you can certainly do something about negatives #2 and #3. Since you want to try and recycle Funds as much as possible to get the most value out of them, and committed Funds are safe from TP destruction, it's only logical that you'd want to commit all your Funds thereby negating negative #2. This heavily dissuades others from attacking your (well-defended) TPs, since it's a lot of effort for just a single point, which greatly reduces the threat of negative #3.

Well, if you're not scoring Dividends, how do you get your remaining points? Right off the bat, any items you can craft are immediate candidates since crafting guarantees at least 1 point per fund (double the Dividends, mind you). Assuming the RC player has a healthy cache of Funds after the pivot, the logical next answer here would be Battle. Surprisingly, the mercantile RC actually brings with them a number of advantages into Battle. Due to their extremely healthy card economy, and their excellent crafting abilities, it's quite likely that the RC will be able to possess a couple of the Battle-oriented cards. Furthermore, we established that battling the RC isn't very lucrative if all their Funds are committed. Finally, the RC can hinder others by destroying other faction's buildings/tokens while undertaking little risk since they are not dependent on controlling clearings. The result? A militant late-game RC ends up being both effective in combat and unrewarding to fight against, a scary and unfun combination for those that must deal with it.

For all their strengths however, the RC does suffer from the fact that there's very little rules coverage protecting them “off-the-board” interactions. For instance, the RC fares much better in higher player-count games, simply because there are more players to purchase their Services. I, for one, have never seen the RC be even remotely competitive in a 3-player game while they usually rank first or second in 5- or 6-player games. What's more is that the disadvantages don't just stop at having fewer customers. Having less players also devalues TPs since there's only so many services that another will buy per turn. You can have 5 TPs in another faction's clearings, but they're not going to buy your services 5 times. This often means that less TPs will be built, resulting in fewer early-game points, and forces “the pivot” to occur earlier, resulting in a weaker ability to craft later on. None of this even accounts for the fact that the if one of the few players is the Vagabond, the only meaningful Service they'd consistently buy would be for cards since the rules don't allow them buying Mercs and they can already cross rivers when they Slip.

A small catch-up mechanic, Protectionism, is built-in to prevent the RC from simply having no actions on their turn, but also doesn't scale with the player count. The purpose of a catch-up mechanic is to be a safety net so that a player's own poor decisions don't sink them for the rest of the game. However, through no fault of their own (lower player count, having Vagabond(s) in the game), the RC can simply have games with many turns where they get zero purchases and Protectionism isn't effective enough to cover those scenarios. Some small changes to Protectionism, such as +1 warrior in 3-player games and +1 warrior per Vagabond present, would go a long way in making the mechanic feel more rewarding.

Another “off-the-table” issue is the seating order advantage. The player directly after the RC in turn order always gets first dibs on cards and since the RC cannot refuse a sale, this can lead to some pretty contentious situations. Most significantly would be if the Eyrie and Marquise sat on opposite sides of the RC. While this issue doesn't affect the RC themselves, it does negatively effect someone else's gameplay experience. Whoever gets the short-end of the stick essentially has a potential new weakness (less access to bird cards) that is out of their control while the other player has a permanent new strength (more access to bird cards) that they got out of luck. This is very much an anti-pattern that repeatedly pops up in Root whereby seating order contributes too much into the overall gameplay experience.

Interesting, one thing that would've fit the RC thematically that was left out of the game would be the ability to create binding contracts, perhaps not on all mechanics, but at least for card buying. Perhaps the RC and another player can commit to a card's purchase at an increased price (as the “holding fee”). Alternatively, we can take a page out of Twilight Imperium and give players the ability to give their own VPs to put holds on cards.

All-in-all, I really do enjoy the RC's merchant mechanic, even if the plot doesn't really fit the narrative. In their current state, the RC invariably ends up being a warmonger in the later parts of the game once the easy crafting and TP points are exhausted. The Dividends mechanic is superbly thematic, though the implementation leaves something to be desired. It's undeniable the RC is an impactful faction, as they bring with them a bag of mechanics that change how other factions play in pretty meaningful ways. With just a few small tweaks to address the anti-patterns and the scaling issues, I believe we can see the Riverfolk less as a situationally-viable faction and more of a “core narrative” faction.