A Tale of Two Cities — A Comparison of Brass Lancashire vs. Brass Birmingham

This is a common question I see asked on BGG forums and over in the r/boardgames subreddit, so we'll cover a bit of what makes these two games with the same DNA similar, and what makes them different. #Brass

For the purposes of keeping this article more focused on the differences between Brass Lancashire (LAN) and Brass Birmingham (BIR), we'll be focusing less on the actual rules, and more on how certain rules changes affect gameplay. Moving forward, I'll be assuming you, the reader, are familiar with at least the rules of Lancashire; if you're new to both games, it might behoove you to take a brief look through the rulebook (of either game).

At the center of both games is the same set of player actions:

With the exception of some very small side rules, these 5 actions are pretty much the exact same mechanically. Instead of spending two cards as a wild in LAN, we mix it up a bit in BIR with the introduction of wild cards along with a new action, Scout, to procure these wilds.

Besides the change in the map due to a different locale, there's a shakeup in our available industries:

In terms of mechanical differences, those are pretty much all the big things, so let's take a look at how these changes affect gameplay. With these, I'll go through the differences first, then a bit on how they change the actions during the course of a game, and finally touch on how they affect the overall feel of the game towards the end of the article. 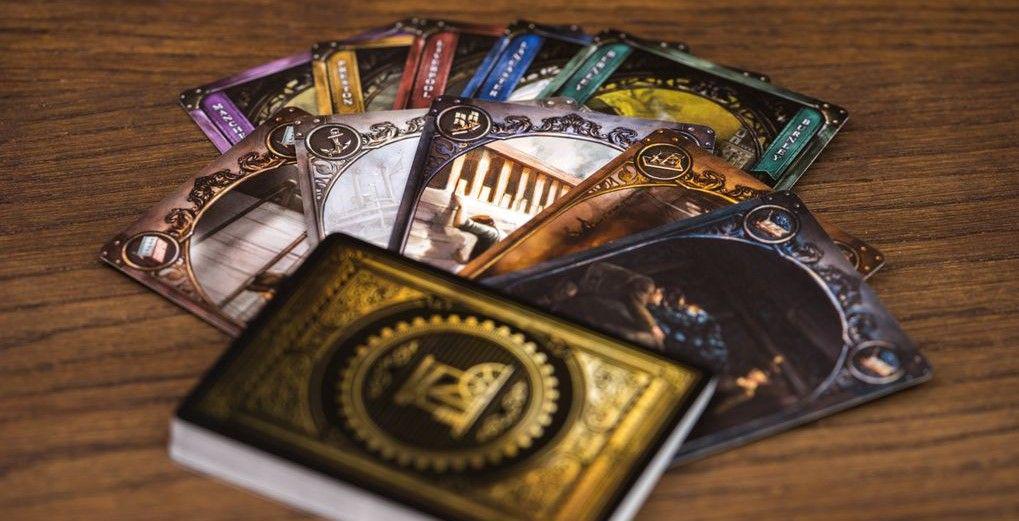 A small change regarding the industry tiles in BIR is the network value of flipped tiles. In LAN all flipped industries were worth a single point on the rails/canals, but in BIR certain tiles are worth 2 points or even no points. Though it's certainly not a giant difference, the extra point here and there adds up over the course of the game making canal/rail scoring much more potent in BIR. In LAN, network scoring can be a big sweetener to a player's final score, but in BIR, it's entirely possible for the networks to be on equal footing to flipped industries in terms of points.

Next up, there are two board changes. BIR features an extended coal market, with maximum cost per coal now going up to £8 instead of £5 (the iron market is unchanged). The second board change is the removal of the Ports and Foreign Market in BIR, which in turn signifies a big change in terms of how market demand works in the game. In LAN, demand was a limited thing; once the foreign market was satisfied and no more ports were available, you simply couldn't sell your cotton. In BIR, the cities (which now buy your goods) have unlimited demand — as long as you can sell it, the cities will buy it. The shakeup in BIR is that during setup, the cities draw demand tiles that determine what goods they're willing to buy; importantly, some of these tiles can be blank which means that a city with all blank tiles will have no demand at all for the entire game. 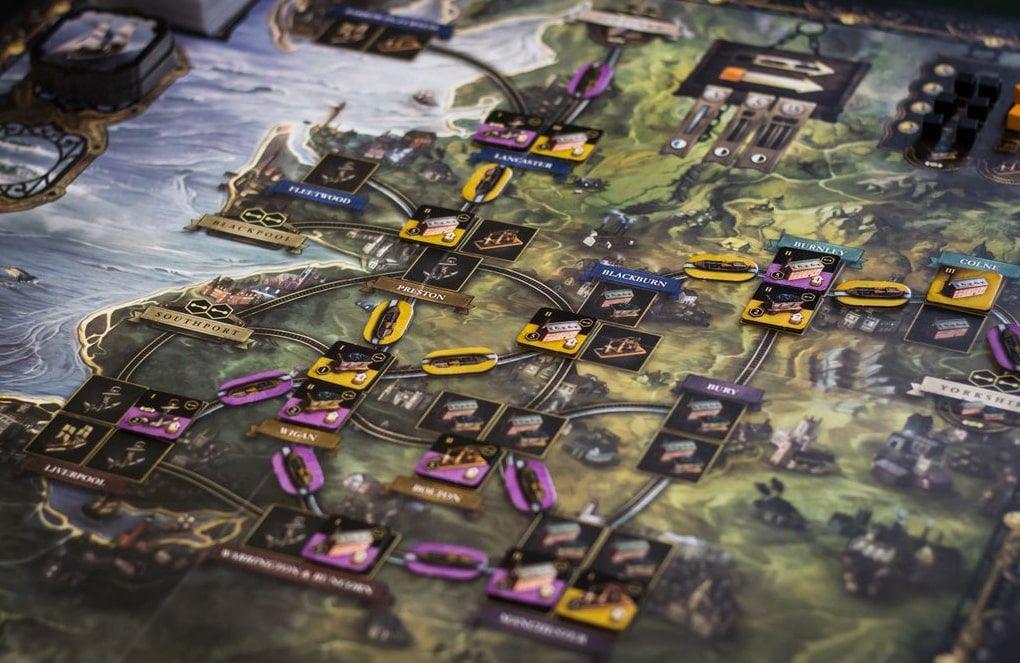 We also have a new resource, Beer, that's making quite a grand entrance. Nearly all “consumer industry” tiles (cotton, manufactured goods, pottery) cannot be sold unless one or two beers are consumed. This makes Breweries a critical bottleneck in BIR when it comes to scoring consumer goods; further exacerbating the demand of Beer is the new requirement that double-rail actions now cost an additional beer on top of its original cost of £15 and 2 coal. Perhaps as a way to curtail the scoring potential of rails, the new beer requirement makes the act of playing two rails quite costly — if not in actual money cost then in opportunity cost.

In fact, BIR in general sees a lot less network development. In LAN, the consistent need to connect to more and more Ports to flip your Cotton meant that networks to seek out additional Ports were naturally occurring. However, since cities in BIR have infinite demand, once a single network has been established, the need to create more networks to flip goods isn't as pressing. Granted, a player may still need to set down rails to seek out Breweries, though unlike Ports, which require a connection, Breweries have the convenient ability to teleport their Beer to the Brewery's owner. 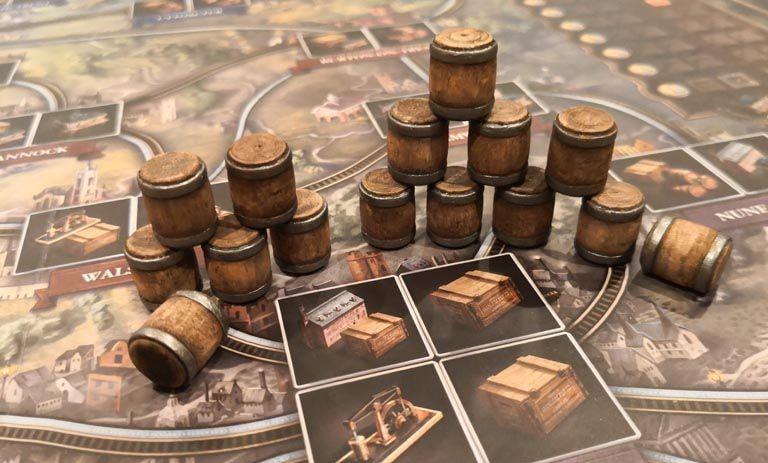 All these bits tie into the central mechanic of the game, of course: the card play. Simply put, the card luck in BIR is much more important and prevalent. There are 4 reasons for this increase in card luck:

The net result of the points is that it's much harder to draw a usable card. Credit where credit is due, BIR does have a built-in mitigation for this when you Scout for wild cards but it's only a solution for the symptoms, not the root cause.

An interesting side effect to this is that the discard-a-card mechanic feels toothless in BIR. While playing LAN, it's not uncommon for players to hem and haw over which cards to discard to do Loan or Network actions since it's easy to find inherent value in the majority of card draws. On the other hand, selecting cards to discard is a much less arduous task in BIR since having 2 or 3 “worthless” cards in your hand happens quite often. 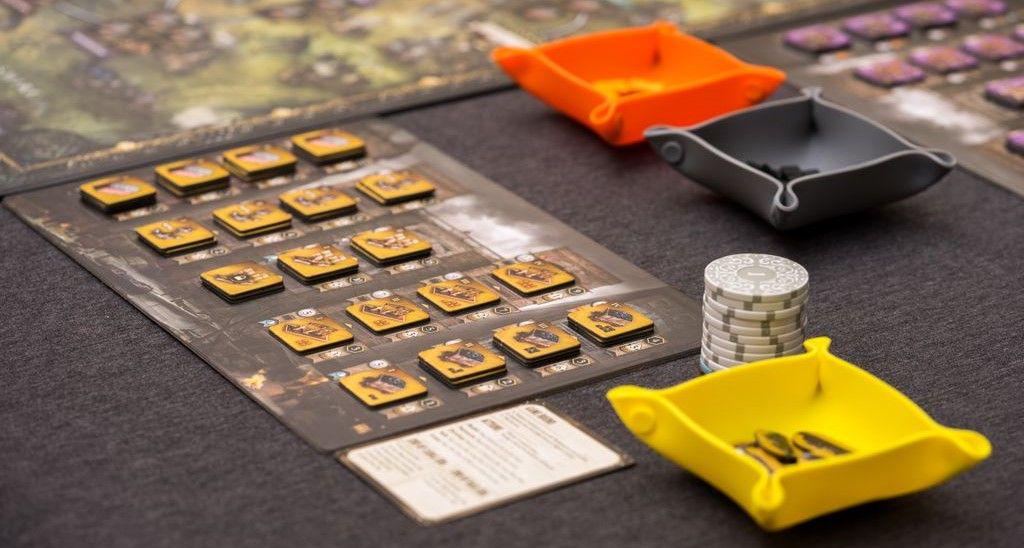 Now that we have the parts, what does that mean for the sum? Firstly, it's important to know what made LAN really stand out as a game. Underneath all the theme, LAN was largely a game revolving around opportunism and forced cooperation. You don't have to work with other people, but you'll just be less efficient than the people who are doing so. In fact, a common pitfall for new players of LAN is to focus too heavily on income with the “I'll do it all myself” mentality. There's an ever-present need to negotiate turns to try and get the slightly longer side of a shrinking stick, which makes LAN a very interactive game; not just tactical in the sense you have to change up your strategy due to other people's actions, but truly interactive in the sense that you play an active role in other people's turns.

On the other hand, BIR is a more about optimizing actions with the cooperation aspect of the game taking a significant backseat. First and foremost, the threat of someone overbuilding your industries isn't as much a concern in BIR as it is in LAN. Due to the larger coal market, I've never had a single overbuilding of coal in any of my BIR games, regardless of player count. Though there have been times with coal “shortages” due to the high cost of coal, we've never actually ran out before. This decrease in need to “share” resources naturally means players tend to be more self-focused during the game. I don't need to cooperate with you either because I can just buy the Coal I need (albeit at a higher price). Alternatively, I can't cooperate with you because you're not willing to “sell” your valuable (and often in short supply of) Beer. Each player's reliance on being self-sufficient for their industries (i.e., being able to buy or build what others won't make for them) thus makes income a much bigger deal in BIR than it was in LAN. 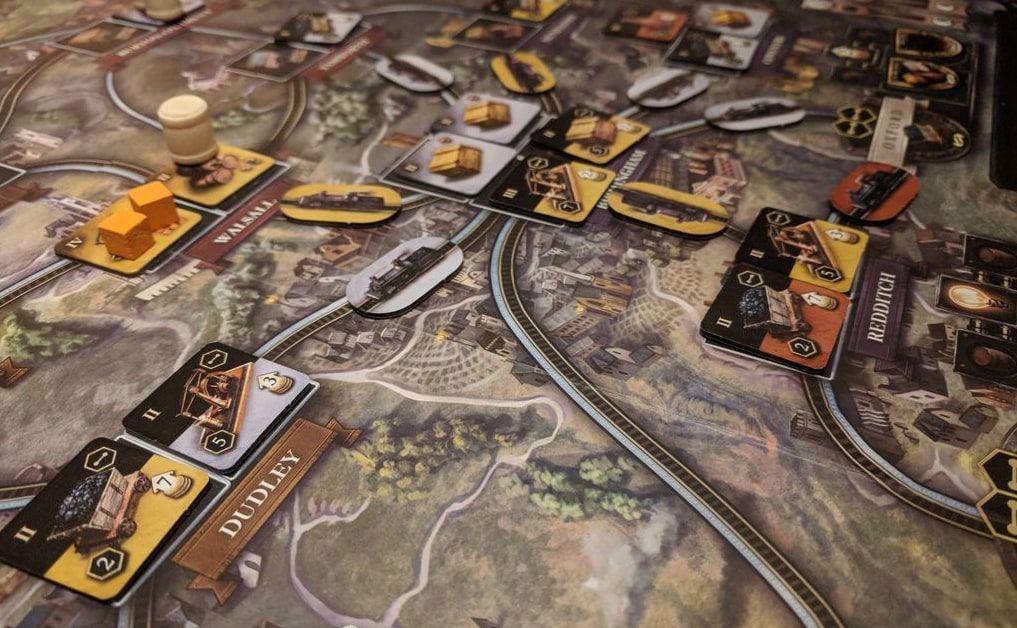 I believe BIR's changes in gameplay is attractive for a particular subset of board gamers. For those with lots of experience in resource conversion games, BIR is a much more relatable game; the innate flow of “I make buildings → I sell buildings → I get more money to make more buildings” is familiar territory for most euro gamers. However, that familiarity also comes with the same pitfalls, namely, the game feeling “samey” between plays. As with most resource converters, once the players figure out the optimal paths to victory, it becomes a race to see who can get their set-up in place first. The intricate mechanics do a good job of covering this up on the initial few plays, but astute players won't take long to see hints of those optimal paths.

Personally, I've found that in BIR, I'm often thinking about “what am I doing” as opposed to LAN where it's “what are other players doing”. People can play Secret Hitler 100 times and not feel burnt out on the game because it is so driven on interaction that it's easy for each game to feel fresh. Even if you swapped out one player for another with the exact same skill level, their differences in personality makes it a whole different experience. In the same way, LAN benefits from having the innate depth that comes with a more player-interaction driven design. While the question of which design is better is up for debate, the question of which has greater replayability is firmly settled on Lancashire.